Brianne McDaniel started her career working for the Provincial Government in Corrections but pivoted into Entrepreneurship after a ski accident left her unable to continue in her previous role. She worked as a sole proprietor doing wedding photography for years before a chance encounter with an old friend led her into first one, and then another, brick-and-mortar storefronts in Kamloops, BC. Far & Wide focuses on gifts and home décor, all carefully curated with a strong focus on women-led, Canadian-based businesses, while the Botanical Scene, which opened in the middle of the global pandemic, is focused on gifts and tropical house plants.

Fostering Community and focusing on building relationships means that Brianne and her business partner have always done business a little differently, and made choices that were not focused on monetary gains but rather on long-term, sustainable growth in the heart of downtown. They won “Emerging Business of the Year” through the Kamloops Chamber of Commerce in their second year of business, while navigating “unprecedented times” in their second year open, while remaining open and experiencing strong growth year over year. Although it has been challenging, they strongly feel that being adaptable, and working on being great employers has made all the difference.

As a Regional Ambassador for WeBC in the Kamloops area, Brianne hopes to connect with like-minded women at every stage in their business, from the pre-start-up phase to one that is growing and scaling their existing company. She was most drawn to the concept of “wrap-around supports” and is a strong proponent of utilizing mentors at every stage. Her biggest piece of advice to someone starting out would be to tell them they don’t have to struggle to find all the answers on their own, and that there is a wealth of knowledge available to them through programs like WeBC.

Brianne lives in Kamloops with her husband and two sons, as well as a very large cat named Penelope. She has started a book club through her store which now boasts 175+ members and is one of her favorite things about work. Her family is all based out of town so she spends most weekends road tripping while listening to a very eclectic playlist. 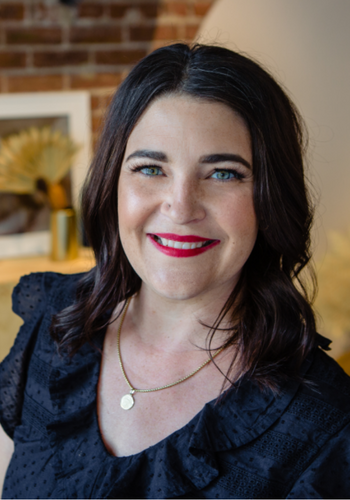