From selling online products and services to creating innovations, women entrepreneurs are making waves in the BC tech space! Join us to build your sounding board, learn from an experienced woman in tech and grow your business.

Discovery Foundation’s EM3 Program, presented by WeBC, is a Peer Mentorship program that unites women entrepreneurs all over BC to build their networks in small groups led by experienced women tech leaders. Using the award-winning WeBC Peer Mentoring model, we use action learning to solve real business problems in real time so you can grow your business!

Who is this for?

This program is designed to support women entrepreneurs in the first five years of business as they build and grow their tech-focused or tech-enabled businesses. Not sure if you’re considered a tech business? See this surprising list of what’s considered ‘tech’ >>>

All groups will be hosted virtually and you can indicate your preferred group(s) during the application process.

In addition to the group sessions below, all program participants will come together to participate in webinars on August 4, September 15 and September 29.

Applications are now closed. Thanks to everyone who applied!

Our Mentoring team is reviewing all applications and will respond to everyone by July 20. 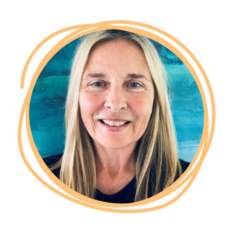 Bobbi has over 30 years of experience in business and a proven track record of driving consistent growth for new ventures. After graduating with an honours degree in business, the early part of her career was with a marketing firm, where she was a partner. Clients she managed ranged from large corporate retail giants like Gillette, Avon and Smith & Nephew, to government departments health, security and natural resources. During that time Bobbi also earned her Executive MBA, focusing her studies on entrepreneurship.

Moving back to her home town of Victoria, Bobbi has been working in the tech sector for two decades, mostly with online businesses. She has held three CEO roles with tech companies, as well as co-found three startups. As co-founder of StudentCounsellor, she launched an online counselling tool with hundreds of high schools, helping students plan their academics to improve their chances of being accepted to a post-secondary institution. Another company she co-founded, FuturePay, provided eCommerce merchants with the ability to offer instant credit to their customers. She’s also been actively involved in many volunteer roles from mentorships and board positions to organizing community events and supporting women in business. 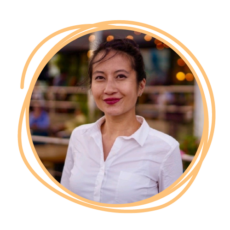 Cassandra Hui, Founder and CEO of Heal Mary, has a background in data science and 10+ years in marketing and community building, Cassandra was also part of the Scotiabank financial hackathon winning team in 2016. Heal Mary, a digital health platform using AI to close the gap in clinical trial participation, was started after Cassandra began looking into treatment options when her mom and 2 sisters were diagnosed with cancer. 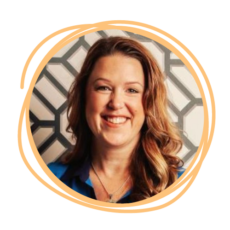 Corina Ludwig is the President of FunctionFox – leaders in Timesheet and Project Management Software for creative professionals worldwide. Now in their 22 year FunctionFox helps clients with Productivity, Profitability, and Workflow management. Corina is an accomplished Senior Executive, Advisor, and Board Member who manages the daily corporate vision and strategy for FunctionFox in Victoria, BC | Canada. In her free time she spends time with her husband and three great danes and runs a successful culinary business. 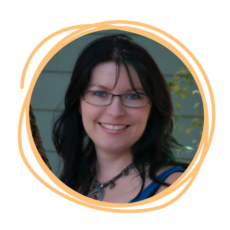 Their customized software allows them to build solutions to fit each company, rather than a company adapting to fit a software solution. They have spent the last 3 ½ years developing their proprietary mobile offline system to address one of Northern BC’s biggest challenges for technology: remote data collection in a no network environment. Business2Mobile currently has 4 team members and they are anticipating substantial growth in the next two years as a result of their new product.

Cheryll is always looking for ways to help her community: “This opportunity to mentor fellow women in entrepreneurship is the perfect opportunity for me to make a difference and share my knowledge, my biggest mistakes and my wins to encourage others who may be struggling. Specifically, women in tech are few and far between and I want to do everything in my power to change that.”

This is a comprehensive program, so participants are expected to attend all sessions.

“As a tech entrepreneur, my colleagues are almost all male and sometimes the female co-founders go in hiding. Being in an EM3 peer mentoring group normalized being a female tech entrepreneur for me. Hearing our colleagues have the same challenges gave me a sense of normalcy and helped me realize not to take some of my challenges personally. Being in EM3 improved my confidence and helped me move my company forward.”

“The mentor was wonderful. Her thoughtful comments helped every one of us with our specific challenges. The program also connected me to peers with similar challenges that I can go to in every stage of my business.”

“This was a great group of supportive women with diverse backgrounds and a wealth of knowledge to learn from. A no-brainer if you want to grow your business!”

“When I heard about the program, I wondered if I would qualify and if I would even get selected. Although we had lots of experience in the software industry I had very little business experience. Our fledgling company had very little revenue […] I was very discouraged. I wondered if entrepreneurship was for me. I was surprised to get accepted into a group but was still apprehensive—would I be in over my head with this program? WeBC picked a really good group and we got along well. We helped and encouraged each other as we shared our challenges and ideas. […]
As a result of the program, we were able to find higher-value clients and grow our revenue […] More importantly, the program has given me hope and support and new connections in my entrepreneurship journey.”

Thanks to our promotional partners