From Information to Inspiration: New Perspectives on Germany 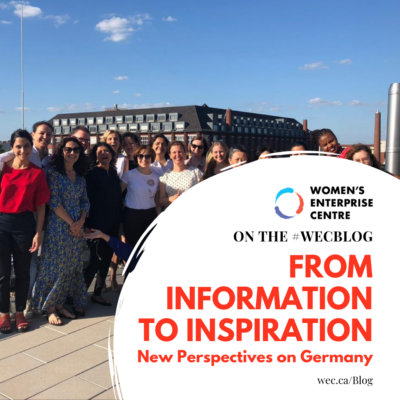 Earlier this year, I was contacted by the German consulate in Vancouver, and was told they’d like to nominate me for one of their Information Tours.

Curious, I did some research and found that, in 2019, Germany will host 15 groups of 15-20 journalists and sector experts from around the world. They meet with their German counterparts and share experiences and ideas in their roles as thought leaders and ‘multipliers.’

I was honoured to attend the Women in Business – Female Entrepreneurs tour, which took place during the last week of June, 2019.

WHY ME? MY PROFESSIONAL BACKGROUND

I’ve led Women’s Enterprise Centre (WEC) for the past 15 years, and am proud of the work our team does to support women entrepreneurs with business loans up to $150K, training, advisory services and mentoring.

I’ve been very involved with encouraging collaborations of women’s business groups over the years, as a co-founder of the WEB Alliance in BC, and as a founding member of the national association, WEOC. I’ve also represented Canada on women’s economic empowerment internationally, as part of the G20, G7 and APEC.

Canada is a small country population-wise, yet we’re currently playing an important role internationally in this area. However, I’m also aware that our women’s entrepreneurship ecosystem still has room to improve, despite the support it has received from the federal government over the past few years.

ADDRESSING MY OWN CONSCIOUS & UNCONSCIOUS BIAS

I was honoured to be asked to participate in this program, and was excited to meet my counterparts from around the world. But I was conscious that I had some attitudes about the country, and likely some unconscious bias as well. But WEC delivers unconscious bias workshops, so I have some tools to deal with that.

I confess that some of my memories of past times in Germany were mixed. I lived there for a year as a teenager, and crossed through Checkpoint Charlie on my first visit to Berlin. That was the first time I had ever had a gun aimed at me (but not the last, though that’s another story!).

My year as an exchange student was spent in the Ruhr Valley, a region which housed some of Germany’s heavy industry, and was heavily bombed during WW2. I had also spent six months or so in Frankfurt in the 1980’s, and I didn’t enjoy my job (I worked for JP Morgan as an investment banker until I quit and moved back to France).

My other experiences of Germany were from the early 1990’s, when I was living in the UK and was in charge of business development for a telecom equipment manufacturer. Part of my job involved trying to find a manufacturing facility in the former East Germany.

I would fly into Berlin with a couple engineers, rent a car and drive through the East German countryside, visiting factories and meeting local businesses and economic development representatives. After 40 years of separation, Eastern Germany was poor, dirty and frankly, a bit depressing.

Using my tools to offset unconscious bias, I set off for Berlin with an open mind, despite my former impressions. I had attended the W20 in Berlin in 2017, and was aware of some of the changes that the last 25 years had brought to the city.

I know that, as a signatory to the Canada-European Union Comprehensive Economic and Trade Agreement (CETA), Germany has become a land of opportunity for trade with Canadian businesses. But I was eager to speak with practitioners and women business owners in the country to gain their perspectives.

The Tour began on a Sunday evening. I met the other guests, amazing women from South America, Africa, Asia, the Middle East and Eastern Europe.

Several were young women who were creating change for women entrepreneurs and their people in their countries. Some, like me, had been in the field for many years.

I’ve never felt such a strong bond develop between people so fast as with this group. I was so impressed by the work many of them were doing – in Kenya, in Palestine, in Pakistan and India, in Kyrgyzstan, Moldova, Brazil and in many other places.

The tour was organized by a delightful young woman named Julia, whose parents were Austrian and Taiwanese. She put together a series of meetings with people from social enterprises, the federal and local governments, business associations and women’s business groups, as well as elected officials, big business and women entrepreneurs.

Over the course of the five-day tour, I learned more than I had ever imagined about Germany. Here are some examples:

We had open conversations with everyone we met, and I was impressed by how humble and earnest the people we spoke to were. I was struck by how willing they were to share and support their guests.

I was deeply inspired by the women who created the cooperatives, such as Weiberwirtschaft and Schokofabrik, which now house and employ hundreds of people.

I left Berlin at that end of the week-long visit with a deep sense of gratitude and hope.

I was grateful to have experienced the strong bonds that developed between the participants in such a short time. I was deeply moved by the spirit of generosity and playfulness that we shared. I feel I would be welcomed into their homes as a good friend, and I would do the same for them.

My hopefulness came from seeing so many excellent examples of innovation and support for women entrepreneurs, and from witnessing the willingness to share those best practices across borders.

Through my visits to the Holocaust memorial, the New Synagogue, the remnants of the Berlin Wall, the German Parliament exhibition and other cultural and historical attractions, I developed a deep respect for the way Germany has dealt with its past and is approaching the future as a conscientious, powerful, and caring nation, that values fairness, innovation, sharing of ideas and having fun.

My week in Berlin turned out not an Information Tour, but an Inspiration Tour! Many thanks to Natascha, Julia and the German Foreign Office for the opportunity.

I look forward to returning the hospitality and sharing more about Canada’s entrepreneurial ecosystem with our guests!

See all posts by Laurel (1)

3 thoughts on “From Information to Inspiration: New Perspectives on Germany” 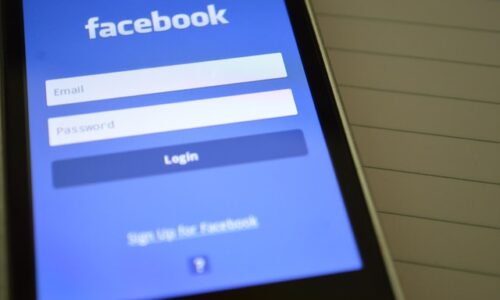 WHY SOCIAL MEDIA IS A KEY MARKETING TOOL 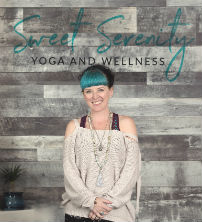 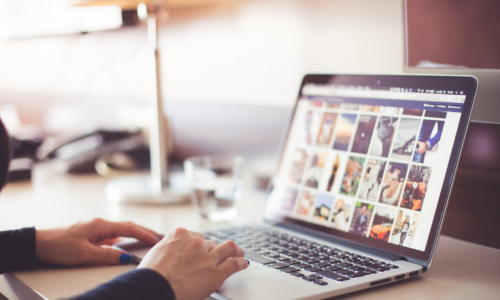